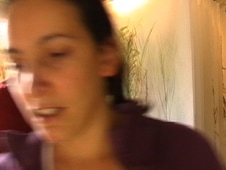 Dr Joanna Mayes is Creative Director of Mayes Creative and has a background in education (BEdHons) and Jazz improvisation., with a PhD in participatory performance/art from Dartington College of Arts. Currently living in Cornwall, creative projects include both creative production and direction as well as the making of installation work and analogue film. Jo's continued interest lies in the way in which we locate ourselves and how to extend this understanding through community and performance. Recently working with Cornwall Libraries on the ongoing project series Loop the Loop around Cornwall, Jo is also provided creative production and direction for the current Mayes Creative project Dark Skies: Bright Stars. Jo also devised and delivered the heritage film project Golow Gas in Redruth for Cinestar. Prior to this, Jo provided ongoing tutoring work for University students with specific learning disabilities. Jo is a full member of the Institute of Fundraising. Alongside this, Jo provides programming support for St Ives Jazz Club. Contact 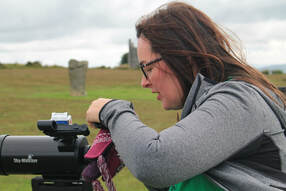 Carolyn works with Mayes Creative as our projects coordinator and financial administrator. She has a background in project development particularly in the STEMS field of astronomy. Carolyn is an astronomer, researcher and writer who works particularly in the field of archaeoastronomy. She researches prehistoric sites in West Cornwall such as Boscawen-un stone circle. Carolyn is a council member of The Society for The History of Astronomy and edits their Bulletin Magazine. As a writer, she regularly contributes to astronomy publications including books and national magazines writing about a range of heritage astrophysics topics. Carolyn regularly undertakes outreach about her research. Having worked for Getty Images for 6 years within Financial Management, she had a team of 15 people reporting to her while implementing projects with adherence to financial budgeting.

​Anna Mansell supports MAYES CREATIVE on all aspects of marketing, communications and audience development. She brings twenty years’ experience of marketing the creative industries, including Dance Republic 2, Kneehigh Theatre, Dance 4, and a number of small and medium scale touring companies. She is also a board member at the agency Literature Works, at digital performance company, Assault Events, and in 2017 she became a published Author.
@annamansell / feelthefearandwriteitanyway.wordpress.com 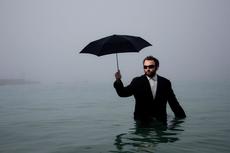 Alban Roinard is a media producer based in St Ives. Alban set up and runs the popular St Ives web TV station,  alongside working with The Tate, local galleries and various TV and film production companies in the UK, France and USA. Alban now works with Morag Robertson who brings her extensive broadcast experience to her partnership with Alban as French and Scott productions. 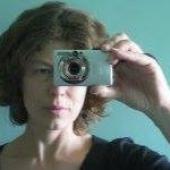 Lou Brett worked with Joanna and Mayes Creative previously as education coordinator for the Loop the Loop: Branching Out project with Cornwall Libraries. Lou is a visual artist, film-maker and arts manager working with a wide range of arts organisations supporting film production, inclusive arts, cultural exchange and public art projects. Since gaining an MA in Television for Development at the University of Winchester Lou has worked in community film-making in the UK and West Africa particularly with women and girls.  Lou brings to the team her experience in fund-raising and delivering projects, strategic thinking as well as a unique understanding in the creative arts. Lou is also a director of Awen Productions.