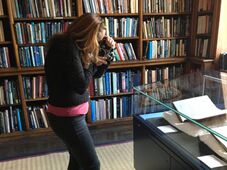 Dr Joanna Mayes has a background in education (BEdHons) and Jazz improvisation., with a PhD in participatory performance/art from Dartington College of Arts. Currently living in Cornwall, creative projects include both creative production and direction as well as the making of installation work and film and is co-founder of the artist film organisation Cinestar. Jo's continued interest lies in the way in which we locate ourselves and how to extend this understanding through community and performance and how creative technology helps us to achieve this.

Previously working with Cornwall Libraries on the project series Loop the Loop (4 projects with 8 libraries 2014-17 ACE; Feast), the most recent of which was the award winning Loop the Loop: Branching Out project (HLF; Feast). Joanna also devised and delivered the Cinestar heritage engagement project Golow Gas (HLF; Feast). Prior to this, Jo offered ongoing tutoring work for University students with specific learning disabilities and now works with students from the RIO Gamechanger programme. Jo a number of years Jo was programmer for  St Ives Jazz Club. 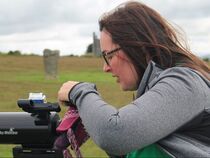 Carolyn is a director and financial administrator of Mayes Creative. She has a background in project development, particularly in the STEMS field of astronomy. Carolyn is an astronomer, researcher and writer who works particularly in the field of archaeoastronomy. She researches prehistoric sites in West Cornwall such as the Boscawen-un stone circle.

​As a writer, she has written books about ancient sites and Ice Giants Uranus and Neptune. She regularly contributes to astronomy publications and national magazines writing about a range of heritage astrophysics topics. Carolyn regularly undertakes outreach about her research. Previously she worked for Getty Images in Financial Management, where she had a team of 15 people reporting to her while implementing projects with adherence to financial budgeting. 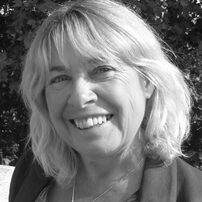 Mandy is a senior executive and entrepreneur with a wide experience of the creative and cultural industries. She has set up and led innovative companies and projects exploring new thinking and innovation, products and services in both the public and private sectors. Mandy is Founder and Chief Executive of Cinegi, a fully digital filmed media distribution service enabling venues of all kinds to become a ‘cinema.  She also is an advisor and mentor to companies and organisations on areas including business models, strategy, governance and public and private funding and finance. She was Founder Director of Golant Media Ventures, an innovation agency for the creative, cultural, digital and public sectors.

Mandy has served on the Boards of a range of arts and community organisations and is Chair of Miracle Theatre. She lives and works in both Cornwall and London. 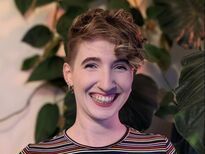 ​Amelia works with Mayes Creative in all things social media, graphic design, website development and communications. She has a degree in Mass Communication: PR and Journalism and years of artistic practise in ceramics, paint, illustration and graphic design.

Alban Roinard is a media producer based in St Ives. Alban set up and runs the popular St Ives web TV station,  alongside working with The Tate, local galleries and various TV and film production companies in the UK, France and USA. Alban is now working with French and Scott media company. 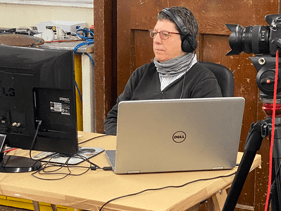 ​Morag Robertson is a freelance media producer who teamed up with Alban Roinard to form French + Scott Media Production. F+S create films for businesses, organisations, individuals and communities. Morag’s work with Mayes Creative has included audio and radio projects as well as documenting projects. She is a former broadcast journalist who worked BBC Radio Cornwall. Morag has worked in the community sector in St Ives and is passionate about using her knowledge and skills to help people have their voices heard and tell their stories.